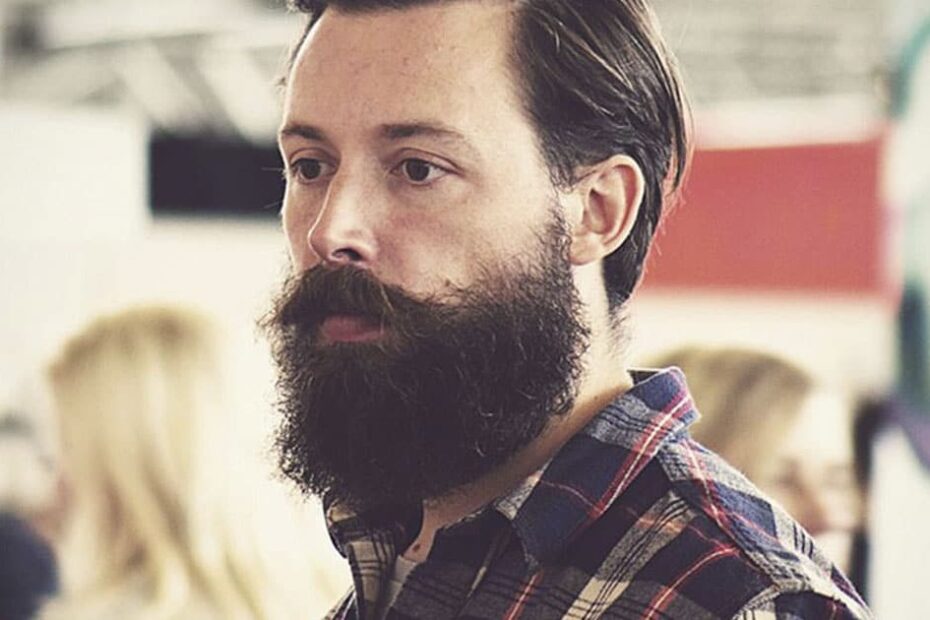 Retro, vintage, old beard … You can call it what you want. But the fact is that having a retro beard nowadays is more than being a hipster: it is being a guy connected with what they are doing out there. And not only that: more than just using a style that refers to the past, there is a combination with the present! There are many old styles that have gained special touches these days.

This is the secret that makes vintage beards more special. They are guys that bring a good balance between modern and classic and can catch a lot of people off guard. After all, it is not every day that you will see an English moustache along with a full beard and a fade hairstyle, right?

So let’s take a look at these vintage styles, and show how a man can make that leap in the past without losing the present.

Retro Beard and his jump into the glorious past

We can already have one thing in mind. Every beard, even the most modern one today, came in an old style. And it will eventually be an old-style in a few years. And do you want how old we are? Much of those styles from the early 90s are at least 20 years old. He’s a boy … Time doesn’t forgive anyone.

But let’s leave these temporal issues a little aside when it comes to getting old. After all, it is exactly what makes these styles more interesting, special and flashy, to the point of being considered classics.

And when a guy uses these styles consciously, we realize how much these looks made a difference in his time, and they still do today. So why all this digression about the importance of time? Simple, young: this is the moment when you can put a look in history that others will call classic.

Take English whiskers, for example. They have a lot of history, either in the known figures who used it or because of the very instigating characteristics of the style. They are also the ones that originated variations that are still around today, such as the Hungarian moustache, for example.

This is just to show a little of how retro styles can make a big difference in terms of their legacy. And with that in mind, we are going to come up with some good ideas for retro looks, but with that modern twist to not travel too much either. Some people think you’re at a steampunk fair.

Albert Einstein is a guy who was not only known for his tongue-tied photo, or for his many scientific contributions to modern history. Einstein is also known for one of the retro looks that few use today voluntarily. And yes, in that case, I speak of standing grey hair.

But we will not stay in the hairstyle here, after all the modern crazy scientists do not leave the hair in such a mess. But yes, let’s go to the moustache. It may be that Chevron style, or the classic painter’s moustache, or the classic.

It doesn’t matter: what will count is your ability to bring a geniously insane mind in your look which shows your personality detached from social standards, which is not bad.

Romantic mobsters (those in the movies, right?) Have some well-known styles in common, but the most famous is undoubtedly the grey beard. Or rather, that stubble that is arriving in the third week of growth without much care, but that is still stylish. And in fact, the beards of that niche hardly let the growth of that point pass.

A retro bearded man can do this in a very unique and stylish way. You will only need to go to the barber a little more often since to bring that aspect of “greybeard” in a more behaved and clear way, you need almost surgical care. Of course, you can do it at home, but suddenly with a professional, it is easier.

The ’80s and even part of the ’90s brought a very curious beard style. Goatees have always been iconic and well-known, especially those designed with a moustache. The Rap Industry Standard is yet to come.

The idea of ​​a retro beard that we recommend for guys who like a good goatee is to adopt this thin and well-trimmed style, combined with their best hairstyle, and even more striking, and bring the accessory that we talked about in the subtitle. For those who like guys like George Michael, or even straight guys like Morrisey, it can be a good one to bring up this relatively recent past.

Did you like the idea of ​​the mad scientist moustache as a retro beard? How about the bearded philosopher? Guys like Freud, Jung, and other bearded philosophers that we have seen here, back in the 19th and 20th centuries, and even before, are known precisely for considering beards at their minimum levels of trim.

You don’t have to follow it to the letter, but you can grow these facial hair in an expressive, bulky amount, and if it’s grey, even better! In fact, there are even some modern philosophers who have adopted a beard as a characteristic of their presence, and you can see how, among them, there are things that need not change.

You know what the corporate look is like, right? Well, we’re not sure what beards looked like in twentieth-century offices, but let’s consider, as a retro beard, that those styles were a little more volume. Or is it not?

It is difficult to think of a pattern in ancient times exactly. But one thing is certain: as beards were even more referenced at that time, it is a good idea to think of them as a legal means of looking for styles that are easy to maintain in the executive circles, but without losing class in the past.

As you can see, the retro beard does not open doors to the past in a unique way, but it is also one of the most practical ways of discovering unique possibilities with facial hair. And who knows what you can achieve by combining classic and modern? To the next!

beard types to match your face

15 beard types to match your face There are several types of beards scattered around, some more traditional while others exude creativity and boldness. But…

Van Dyke Beard Style: Everything about the Van Dyke look!

We have already spoken here in our article about beard styles about Van Dyke. It is a stylish look, a bit hipster, and that needs…